2018 has been a fantastic year for horror – so much so, that a list is needed to count the ways:

– we were introduced to an extremely promising new auteur, Ari Aster, with his terrifying debut Hereditary and got an unforgettable performance from Toni Collette as well

– fans were properly introduced to another auteur, Panos Cosmatos, with blood-soaked metal-infused acid trip Mandy which also had an unforgettable performance from Nicolas Cage

– we got new entries in fan favorite franchises – The First Purge, Insidious: The Last Key, The Nun and a long-awaited sequel to The Strangers

– more high-quality independent releases through VOD and streaming outlets than can reasonably be named in their entirety, such as the aforementioned Mandy, Summer of 84, Errementari: The Blacksmith and the Devil, Marrowbone, Pyewacket, Terrified, Terrifier, The Endless, The Ritual, Revenge, Veronica, Cam, Apostle, Incident in a Ghostland, The Witch in the Window, and so on.

All that – a horror fan bonanza – was a follow-up to what was already a banner year in 2017. We’re truly being spoiled right now and it’s great. Well, it gets even better, because 2019 is positioning itself to try and out-do these last two years. The amount of horror currently scheduled on the calendar is bewildering, and that’s not counting all the independent and unannounced films that will doubtlessly sneak up on us throughout.

So here’s 2019 at a glance (trailers and/or promo art included where possible):

This promising early offering looks to bring Saw, Cube, and House on Haunted Hill together in a clever concept that might be quite the fun ride. Shame about that PG-13 though. Directed by Adam Robitel (The Taking of Deborah Logan, Insidious: The Last Key).

Eli – Jan. 4
Official Synopsis: A boy receiving treatment for his auto-immune disorder discovers that the house he’s living isn’t as safe as he thought. Directed by Ciarán Foy (Sinister 2, Citadel). [No trailer, no poster, already booked with competition – expect this date to change.]

[EDIT: On Dec. 12, it was announced that Eli has been sold to Netflix as a future exclusive and will not be receiving a theatrical release.]

Jacob’s Ladder – Feb. 1
Remake of the 1990 film starring Tim Robbins. Official Synopsis: After returning home from the Vietnam War, veteran Jacob Singer struggles to maintain his sanity. Plagued by hallucinations and flashbacks, Singer rapidly falls apart as the world and people around him morph and twist into disturbing images. [Another one with no promos yet. A possible re-schedule.]

A sharp-looking spooky kid thriller from director Nicholas McCarthy (The Pact, At the Devil’s Door) and starring Taylor Schilling (Orange is the New Black) and Colm Feore (one of those guys you’ve seen in a ton of things). [Why are trailers now begun with teaser trailers of the trailer? What sort of Russian nesting doll bullshit is this?]

Sequel to the bafflingly good PG-13 timeloop slasher from 2017. Jessica Rothe returns as Tree, who finds herself trapped in another murder loop, but this time, she’s responsible for more lives than her own. Writer/director Christopher Landon also returns, which is generally good news for a second outing.

The Turning – Feb. 22
An adaptation of classic Gothic horror novella The Turn of the Screw, starring Mackenzie Davis (Halt and Catch Fire, Tully) and Finn Wolfhard (Stranger Things, It).

Jordan Peele’s follow-up to Oscar-nominated blockbuster Get Out. Very few details yet on this one, but expect a high-profile trailer release once there is. Starring Golden Globe winner Elisabeth Moss (The Handmaid’s Tale), Oscar winner Lupita Nyong’o (12 Years a Slave, Black Panther), and Anna Diop (24: Legacy).

[EDIT: A basic plot synopsis for Us has been released and goes as follows: “A mother (Academy Award winner Lupita Nyong’o from ‘Black Panther,’ ‘Star Wars: The Last Jedi,’ and ’12 Years a Slave’) and a father (Winston Duke from ‘Black Panther’) take their kids to their beach house expecting to unplug and unwind with friends (including Emmy winner Elisabeth Moss from TV series ‘The Handmaid’s Tale’). But as night descends, their serenity turns to tension and chaos when some shocking visitors arrive uninvited.” Considering Get Out, I would not expect this to be a simple cut-and-dry home invasion thriller.]

A new adaptation of the 1983 Stephen King novel – the Creed family move into a new home near a creepy patch of land that local kids have turned into a pet ‘sematary’. After their cat meets an untimely end, they bury him there despite warnings from the neighbor that the ground is ‘bad’. Things get worse. From the directors of Starry Eyes, Kevin Kölsch & Dennis Widmyer and starring Jason Clarke (First Man, Terminator Genisys), Amy Seimetz (Alien: Covenant, You’re Next) and John Lithgow (you know, John Lithgow).

Produced by James Wan and speculated as perhaps a Conjuring-verse addition. Official Synopsis: Ignoring the eerie warning of a troubled mother suspected of child endangerment, a social worker and her own small kids are soon drawn into a frightening supernatural realm.

This high-concept superhero horror film – a subversive riff on the Superman mythos – looks great judging by its trailer that just dropped on Dec. 8th. Starring Elizabeth Banks, it’s produced by now-divisive former Marvel director James Gunn, so close to release, we’ll be certain to hear all about this again. [Who’d have thought that someone who used to work for Troma would have such a filthy sense of humor? It’s a shock – I’m truly shocked.] 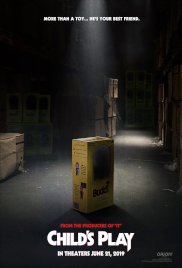 Any time horror is a hot box office commodity, you can now count on the reboots that nobody asked for, and here’s our first. Obviously, it’s a remake of the 1988 film that made a famous killer doll of Chucky, but he’s conspicuously missing from the promo material so far. Instead, we get ‘Buddi’ and the rumors, for whatever they’re worth, claim that this will be a rogue AI story – way more Black Mirror than black magic. Slammed by series creator Don Mancini, the film has an unknown director of shorts behind the camera, a video game writer penning the script, a cinematographer plucked from some Netflix original shows, and the SFX coordinator from the CBS series Zoo, all suggesting there may not be a ton of faith in this re-imagining.

Here, we have the second reboot nobody asked for, and slated for the same release date, no less. Compared to the Child’s Play effort though, the talent lined up behind this new venture of Kayako and son is a whole different story. Directed by Nicolas Pesce (Eyes of My Mother and the upcoming buzz-heavy Piercing), written by Jeff Buhler (the Nightflyers show runner who also wrote or co-wrote previously mentioned Pet Sematary, The Prodigy, and Jacob’s Ladder), and starring Andrea Riseborough (Mandy, Birdman), John Cho (Star Trek, Harold & Kumar, Searching), William Sadler (The Mist, The Shawshank Redemption, Die Hard 2), and Emmy nominee Betty Gilpin (GLOW). It’s also co-produced by Sam Raimi, if it needed any more pedigree. With the two reboots sharing the same day, expect one to move, and don’t anticipate Grudge to budge.

The title will likely change to Annabelle: Something as we get an official poster and trailer closer to release. Patrick Wilson and Vera Farmiga are slated to return as the Warrens in Annabelle 3, marking the first time they have appeared in a Conjuring spin-off entry, yet the story is to center on their daughter Judy, so the lines between the various series are getting all blurry. This third chapter of the evil doll’s saga will mark the directorial debut of frequent Conjuring-verse scribe and screenwriter of both chapters of It Gary Dauberman.

Tentatively titled Midsommar, writer/director Ari Aster’s follow-up to Hereditary, the synopsis is as follows: A couple travels to Sweden to visit their friend’s rural hometown for its fabled mid-summer festival. What begins as an idyllic retreat quickly devolves into an increasingly violent and bizarre competition at the hands of a pagan cult. Considering that Hereditary was initially about a family mourning the loss of Grandma, expect a lot of horrific twists and turns to occur throughout a film that emphasizes an atmosphere of growing dread. 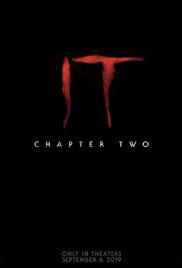 Likely the consensus choice for most anticipated horror film of ’19, just like in Stephen King’s novel, the now grown-up child protagonists of the first chapter will return to their cursed hometown of Derry for another and presumably climactic confrontation with otherworldly demonic manifestation Pennywise the Dancing Clown. The first film pulled down a worldwide box office tally of $700M, out-earning movies like Justice League, Ant-Man and the Wasp, and the most recent Transformers release. With top-tier blockbuster numbers, It: Chapter Two should be the kind of costly spectacle virtually unprecedented for the horror genre. Andy Muschietti returns to direct, Bill Skarsgård reprises as Pennywise, and it stars Hollywood A-listers Jessica Chastain and James McAvoy.

Are You Afraid of the Dark? – Oct. 11
This adaptation of the ’90s Nickelodeon youth horror anthology series has been in development hell for nearly 20 years. With previously mentioned Conjuring-verse writer/director Gary Dauberman in the production seat here, as well as providing the screenplay, there’s no word of a director, a cast, a filming date – nothing. With ten months to go before the optimistically announced release date, the odds of this flick coming out at this time are dwindling.

Pennywise doesn’t have the only highly anticipated second chapter coming out this year, as we’re all set to catch back up with the wild zompocalypse exploits of Tallahasse, Wichita, Columbus, and Little Rock – ten years after the release of the much-loved original. With the original cast, director, and screenwriters all returning, it seems virtually impossible that this reprise will disappoint.

Another youth horror anthology here, based off the popular series of books by Alvin Schwartz with its infamous illustrations by artist Stephen Gammell, but this one has already been filmed and just waiting for an official release date. We also have a lot of horror talent lined up behind this title – co-produced and co-written by Guillermo del Toro, also co-written by frequent Tim Burton collaborator John August and creative duo Marcus Dunston & Patrick Melton (Saw IV-VII, The Collector, The Collection), and directed by André Øvredal (The Autopsy of Jane Doe, Trollhunter).

That’s a big year lined up, and it doesn’t count the 3 dates that Blumhouse already has picked out for untitled & unspecified releases (May 31, Oct. 18, Dec. 13) or the date of Oct. 25 picked out by fledgling distributor Aviron Pictures (The Strangers: Prey at Night). There’s also a whole other set of horror-adjacent movies to get excited about like M. Night Shymalan’s Unbreakable/Split hybrid sequel Glass (Jan. 18), visually ambitious sci-fi invasion thriller Captive State (Mar. 29), Neil Marshall’s R-rated reboot of Hellboy (Apr. 12), Michael Dougherty’s kaiju sequel Godzilla: King of the Monsters (May 31), dark X-Men related origin story New Mutants (Aug. 2), and an animated adaptation of fan-favorite The Addams Family (Oct. 11). And again, there are likely dozens more potential fan favorites and best-of-year contenders released by independent distributors – some of which you can read about in our weekly feature On the Radar, which highlights upcoming indie releases. All told, 2019 promises an exciting abundance of quality offerings for us horror fans – only time will tell if this is an indication of an emerging horror-centric culture or just another moment of market saturation before a decline. Either way, let’s enjoy while the getting is good.